Origins Poetry — In the Beginning

The year was 1986, my final year of graduate school in art at the University of Wisconsin-Madison. As I worked in my studio on a painting, Seeding, I heard a chant in my head – a deep, bass-sounding chant that resonated over and over. The painting required a repetitive, trance-like motion of my hand. And as my hand moved, the rhythmic, heavy- sounding chant continuously played. This strange internal chanting went on for several weeks as I worked. 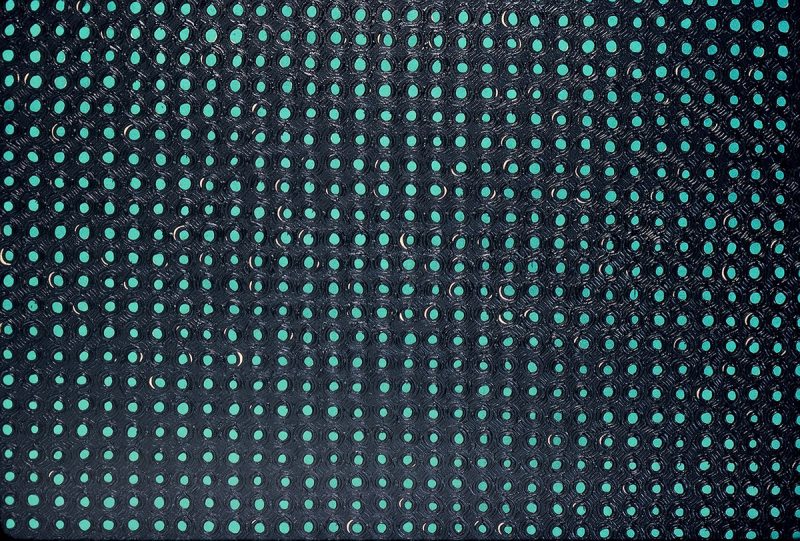 I was sitting in bed late one night and decided to phonetically write out the insistently recurring chant. I wrote WOMB WOMBALA WOMBALINA LEI on my small pad of paper. But after I wrote the chant, my hand kept writing, and writing, and writing…and writing—until I was out of paper. “Whoa…what was THAT all about!” My hair was standing on end and I wondered what in the world had just happened. The pages of my small notepad were filled with a script that I couldn’t understand. I knew this mysterious writing had meaning because I could definitely feel meaningful inflections as my hand wrote. But whatever this strange script was saying was a complete mystery to me. 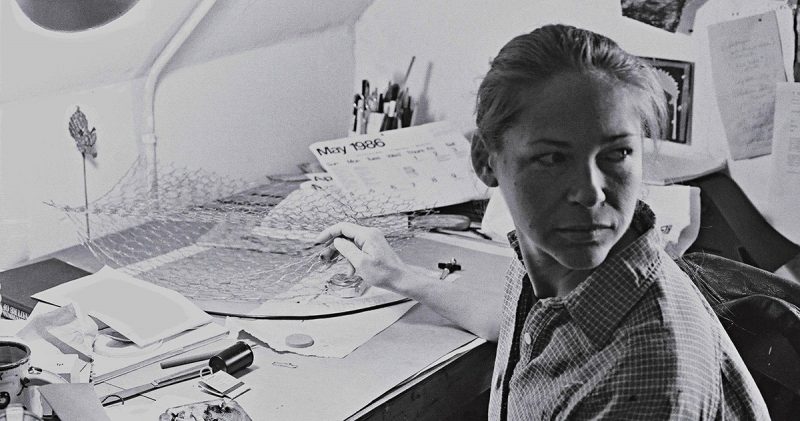 Later, I would go to my studio to paint but for some reason I wouldn’t be able to work. I just couldn’t make myself paint. So I would finally give up, sit at my desk and allow my hand to write. And the strange script would come out. At times, English would also come out on the page. I would simply allow my hand to write, not consciously knowing what I was writing until afterwards when I read the writing.

At other times I would get a severe headache. Nothing would help until I would sit and allow my hand to write. When the writing was complete, my headache would be gone. It was almost as if this writing—these words—were insisting themselves upon me. Almost as if I didn’t have a choice, the writing needed to come out.

It was clear to me that the writing was meant to be used with the artwork. But it didn’t fit into what I knew to be poetry. My first degree was in English from Ohio University, because I loved to write. I was aware of what was academically considered good poetry. And these words didn’t fit into the academic standard of “good” poetry. But whenever I tried to change any of the words, it just didn’t work. It had to be left exactly the way it came through my hand. The script of Origins has a definite cadence and rhythm when read from beginning to end.

That year I received my MFA and moved to Tucson, Arizona where I still live. After arriving in Tucson, I was offered an opportunity to have a large one-person exhibition of Origins the next year, 1987, at the University of Arizona Museum of Art. I was extremely nervous about including the Origins poetry in this academic setting because of the nature of the poetry. But I also knew that I really didn’t have a choice—the words were clearly meant to be included in Origins. 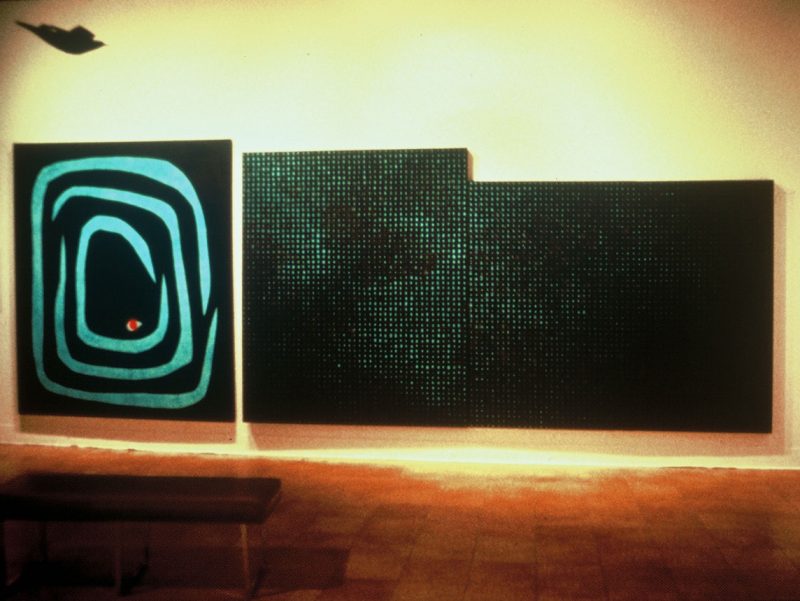 When I told the museum director, Peter Birmingham, that I wanted to include poetry on the wall between the sets of paintings, he cautioned me, “We’ll do it. But people never read the words in an exhibition.” After the exhibition was over, Peter said to me with a tone of bewilderment, “It was the strangest thing. I stood and watched and almost everyone who came into the exhibition went around the room and read all the poetry. Some even put their ear to the paintings, as if they could hear sound from the paintings.”

I am glad you are sharing this with us. I think, it takes a lot of courage to share an experience of this magnitude. As a culture we have closed ourselves off from this type of experience. So we have cut ourselves off from knowing the true nature of being in such an intimate way. I hope your art will give people some insight and willingness to open their hearts and minds to the possibilities of creating a loving and caring world.