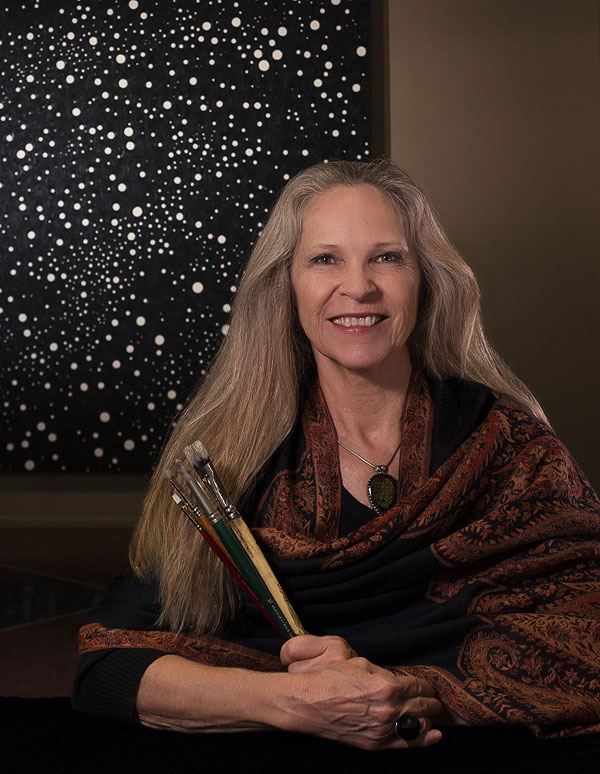 Katherine Josten is an artist, educator, speaker and founder/director of the Global Art Project for Peace, a multi-cultural celebration of peace and diversity that has actively involved 160,000 participants in 97 countries on seven continents. Nominated for a 2002 UNESCO Prize, her work inspires personal and social evolution through creativity.

Born Katherine Horstman, 1949 in Dayton, Ohio, Josten received a B.S. Ed. in English from Ohio University, a B.F.A. from the Atlanta College of Art and an M.F.A. in painting from the University of Wisconsin-Madison. Her paintings are included in museum collections and have been shown in numerous museum and gallery exhibitions. Her body of work, Origins, begun in 1981, is a continuing installation of art involving large-scale paintings, poetry, and sculpture expressing three main ideas: We Are All One, There Is No Death, We Are Not Alone. Before founding the Global Art Project for Peace, Josten taught art for fourteen years at university and college levels.

Awards for Josten’s art include the 2017 Arizona Governor’s Arts Award for Artist of the Year and grants from the Pollock-Krasner Foundation, the Rockefeller Foundation, the Cultural Exchange Council of Tucson, International Friends of Transformative Art, and the Tucson/Pima Arts Council. In 1999 she was an Arizona Arts Award Nominee. Josten has lectured and led workshops around the world. Her postcard book, Visions of Global Unity: Inspired Images from the Global Art Project is sold at the United Nations Bookshop/NY.

The idea “We Are All One” expressed in Katherine Josten’s art is made real in the world through her Global Art Project for Peace. Her Project gives people in local communities an opportunity to join together to form a cooperative global community.

Katherine Josten speaks regularly to large audiences. Most notably, Josten makes appearances in front of art and community groups, volunteer organizations, schools and spiritual organizations. Her lectures and workshops inspire personal and planetary evolution through creativity. Her Global Art Project for Peace presentations include hundreds of deeply moving images of global goodwill created for the Project by groups and individuals in cultures on every continent. The presentation also gives exciting creative ideas for what groups, schools or communities can do to get involved in the Global Art Project for Peace exchange.