The idea of the Global Art Project is as simple as it is profound — to create world peace through art.
— The Boston Globe 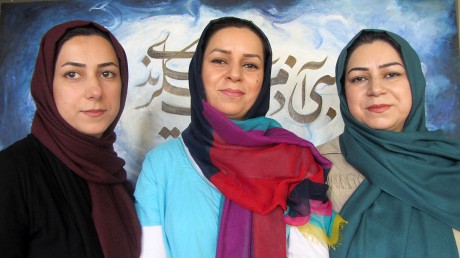 The Global Art Project for Peace grew directly out of my Origins studio work.

In 1991, after creating and exhibiting Origins for twelve years, I received the inspiration to take the idea “We Are All One” expressed in Origins and make it real in the world through the interaction of people—adding a new dimension to my art. It took about two years to hone the Project down, making it simple enough that anyone, anywhere could participate and yet profound enough to express the idea “We Are All One.” I began working full-time setting up the Global Art Project in 1993 for the first exchange in 1994. Leaving my teaching position to create the Project was a bold move for me, a giant leap into an unknown abyss. It required courage and action.

While creating Origins, I’m led through inspiration. I learned early on through my artwork to trust my inspiration and go with it. And I also learned early on that if I don’t follow my inspiration, it’s going to keep bugging me and not let go of me until I just do it—no matter where the internal promptings lead. That’s how the Global Art Project developed. I received the inspiration to create the Project as the next step of Origins. So I took the leap.

3,600 people in nineteen countries participated in the first exchange. I was only planning to do it once—but after that first exchange many artists wrote to me asking me to do it again and if I did, they wanted to help spread the word in their area. So it’s become a biennial event—happening every two years—for over twenty years! There have now been 160,000 participants in 97 countries on seven continents. And we have about 200 Regional Coordinators around the world helping to spread the word in their area. 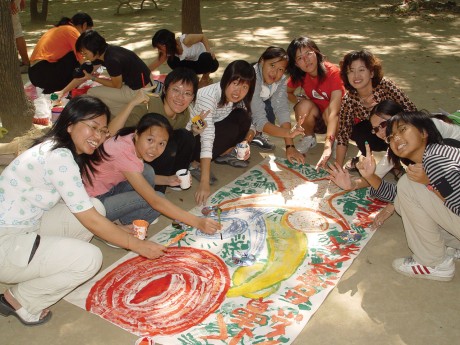 People joined together with a clear intent have an incredible power to change the world. The best part of the whole experience for me has been the incredible people with whom I’ve been in contact. It’s a wonderful feeling to be in touch with so many people who operate from the heart, who really care about the world and understand that they have the power to create its future. The Global Art Project for Peace exemplifies in concrete form: we can be different and unique, yet act together as integral members of one living organism-our Earth.